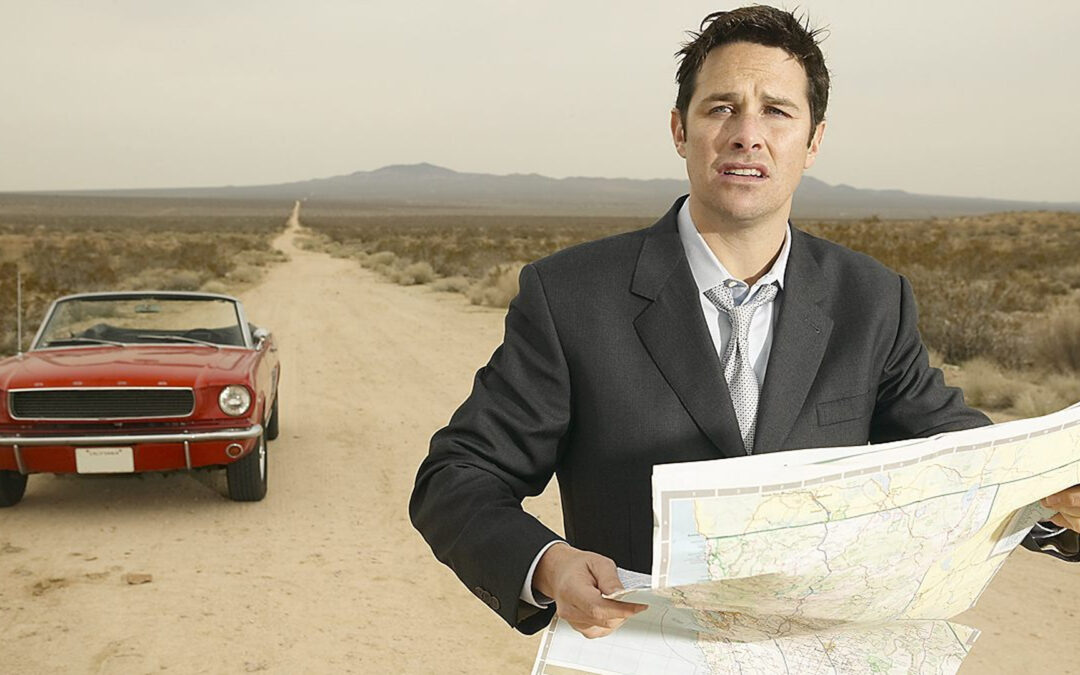 Many of my clients are men who have lost their direction in some aspect of their lives. A crisis in career, breakdown of a relationship, or a more general sense of dissatisfaction with the direction of their lives, has prompted them to seek support to explore their situation.

Like all clichés there is some truth in that. With all the changes happening in the world at such an unprecedented rate, could it be that women are still asking for – and getting – directions but men are stuck with old maps?

We are all, both men and women, faced with unprecedented change. The world our parents experienced is no longer relevant and we have to find our own way. The last 50 years has seen enormous changes in relationships, families, technology and working practices. There are no old certainties to fall back on.

Why should this be any tougher for men than for women? Women have been disadvantaged by patriarchal and sexist practices for most of recorded history. Surely men deserve no consideration when we finally see some changes?  The male/female relationship in western society is under deconstruction.

Women are talking to each other and reconstructing their gender role. At the same time, many men remain a bit baffled about the whole situation. In my view, if we want men to be able to walk alongside women in their changing roles, I think that they need better maps.

Women have battled to remove the yoke of sexist attitudes and practices throughout the 20th century. Decent men can see the justice in this, but who are they going to be now that they are no longer the automatic provider and head of the family?

Women have new role models of new professionals heading up corporations, becoming police commissioners and prime ministers. Where is the modern man to find his role models?

The nuclear family is under threat, and only a minority of children reach maturity living with both their birth parents. The consistent figure in most children’s lives is their mother. Especially in the single parent family, the mother is usually the key figure, with the father often playing a reduced role in parenting. The mother has a much more solid family identity than the father.

Many boys reach adulthood without having experienced a male role model at first hand. Their experience is that women run families whilst men are absent for the majority of the time. Women have held onto the key role as mothers, but many men have lost their key role as fathers.

For many generations, farming, factory work and the armed services provided strong gender roles for many young men. This is no longer so, and the traditional route of apprenticeship into manhood is long gone. Higher school leaving ages, longer education and high housing costs have left many young men living with their parents until their 30s, leading to infantilization and a demographic group of adult boys.

Which Way Now For Men?

All of this means a world without maps. Whilst women have held a key role in overcoming gender inequality and injustice, many young men have been left confused and uncertain. Social change has, quite rightly, rejected the natural, dominant, violent model of the strong man who shows no emotion, but what is a modern man supposed to be like? Who are their role models to be? Many men feel excluded from modern life and vaguely guilty for the sins of the fathers and grandfathers. They need new role models, new ideas and new purpose to express their values. I think that they need a new map of what it means to be a man in the 21st century.

Alan Chatting is a psychotherapist and coach, with extensive experience in education, training and family mediation. He focuses on working with men in transition in some area o their life. To contact Alan, phone 01752 664429, 07753 693704 or email [email protected].